After the death of his young daughter, Tom Dunn is a broken man. When his wife falls pregnant again he cannot believe their luck. However, his joy is short lived, as on the very same day the people of Earth become plagued with terrifying visions of the end of the world.When a gigantic, all-consuming alien mothership appears in the sky and launches a ruthless attack on Earth's cities, chaos and destruction follow.Tom must find the strength and wisdom to save his wife and unborn child. However, first he must confront a shocking truth. A truth which threatens the key to the survival of the human race.The ultimate war for Planet Earth is about to begin. 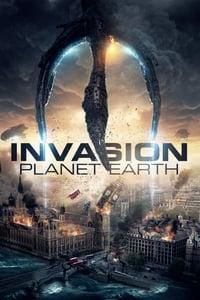 Rating:12A
12A CertificateFilms classified 12A have been deemed appropriate for viewers of twelve and over. However, they can also be seen by younger children - provided they are accompanied by an adult who has deemed the film appropriate viewing for that child. In such cases, IFCO strongly recommends that parents/guardians make informed decisions by accessing the consumer advice available on this website.
Advisory:moderate violence, threat, language, drug misuse
Country: United Kingdom, France
Language: English
Released:5 December 2019
Duration: 98 min
Genres: Action/Adventure SciFi/Fantasy

Sorry, Invasion Planet Earth is not available to watch at home in Singapore at the moment